I’ve been talking a lot but not really sharing personal updates. The truth is that life has been fairly consistent. I work, I go to the dog park for an hour, then I write and hang out with Chris.

Oh, what’s that about a dog park? It necessitates a dog, you say? 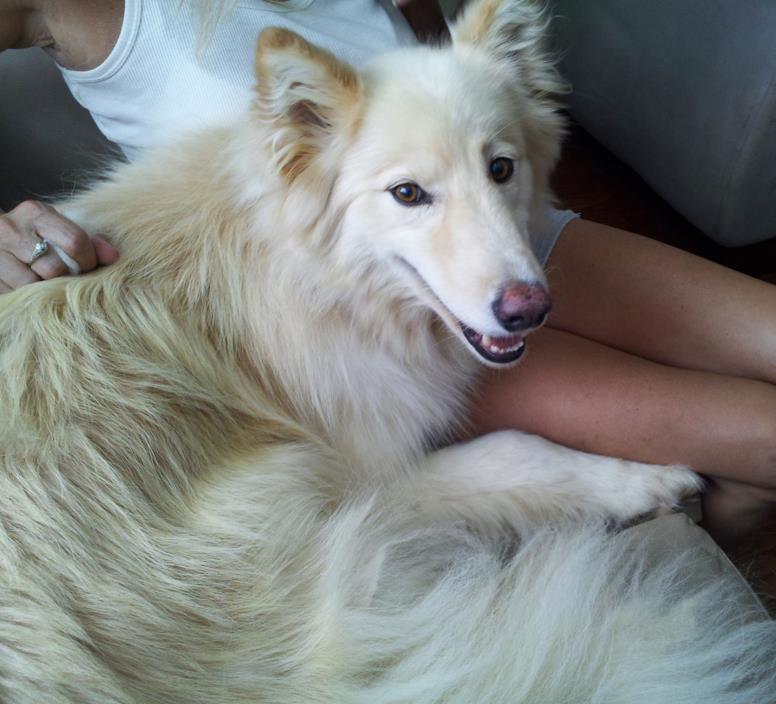 This is Bella. Apparently it’s the most popular dog name, ever. Half the dogs at the park are called Bella. I rescued her off craigslist and at first it was a sad story. She’d spent her childhood outside with only a boat for shelter from the Alabama heat and even the tornado earlier this year. She was so matted all that pretty hair had to come off, leaving her quite funny looking indeed: 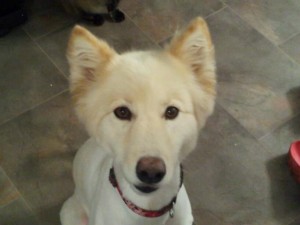 It’s better now. She’s very pretty, actually. And after several [quite expensive] visits to the vet, we determined she was also suffering from both hookworm and whipworm, which basically means she’s been in pain for probably her whole life, and that it hurt her to eat, which is why she was also fairly skeletal.

But now, two months later, she’s gained weight and is feeling so much better and instead of cowering by me at the park she’s actually romping with other dogs. It’s so wonderful to watch that every day. :-) 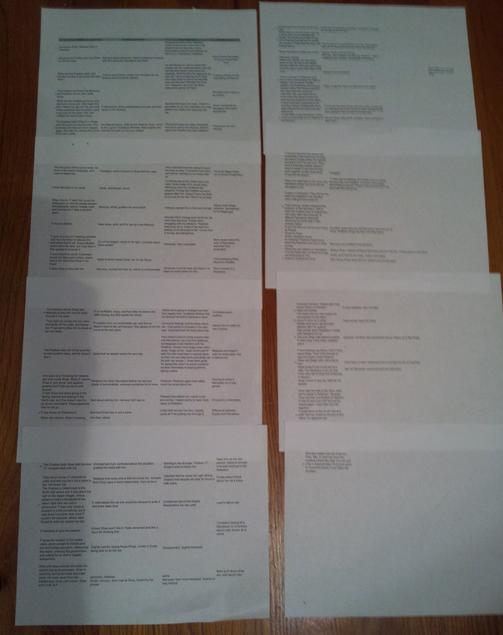 I may be taking my chart-love too far. Maybe.

Right now I’m going through the beginning chapters and reworking them slightly, not only for voice but adding in a new plot thread. I want to finish editing the beginning part soon, though, so I can spend NaNoWriMo writing the new middle section.

Speaking of which, I am SO EXCITED for NaNoWriMo!!! Last year was incredibly productive, and I loved the sense of purpose I got from doing all night write-ins at IHOP. I have to admit, though, that I’m also in the throes of a new book.

I know, I know. I’ve already written two books this year and I’m rewriting Nameless again. Some might think that’s manic. Or that a burnout is impending. Honestly I just think I’m hitting my stride. And I am SOOOO EXCITED to share my latest book with you!

The working title is SONG TO THE SIREN and it’s based on one of my favorite songs of the same name:

Song to the Siren – This Mortal Coil

I’ve loved this song since I heard it in association with the Texas Chainsaw Massacre (the newer one). It was haunting and spooky and disturbed me so much that I had to absorb it as part of myself in order to neutralize it. These days I don’t associate it with horror (thank God, because that was truly creepy). Instead I have these beautiful, sepia-like images in my head when I hear it… the doomed, limping ship, the aching sailor impassioned with delirium, the fickle Siren, the decisions of life and death, the foam on the crashing waves… And one day it hit me: the Siren was having second thoughts.

And like the start of all my stories, I started wondering What If? What if the Siren no longer wanted to kill the sailor? What if she’d fallen in love with him? But by then of course it was too late. They were alone in the middle of the ocean, so alone they might as well have been the last two people on earth. The deadly consummation was no longer a choice, or a possibility, but an eventuality. He couldn’t stay away from her… but she couldn’t stay away from him either.

The idea started brewing. And when some friends suggested an anthology of short stories with a Greek mythology theme, the idea intensified. You see, I’ve always loved The Odyssey, ever since I read the Wishbone version in elementary school (wasn’t Wishbone one of the greatest shows ever?). And while Calypso was my favorite part in the story, the Sirens were dear to me, too. So these two ideas I had collided, and I started researching the mythos of the Greek Sirens.

And discovered it’s really confusing. There are many different versions of the story. Even what they looked like is under debate. But like I did with the zombies, I started piecing together all the bits that would be most useful to me in propelling the story I envisioned. And two weeks ago the dam broke and the word counts started pouring in.

Here’s the pitch. It’s kind of long because of the condensed backstory:

The Sirens used to be immortal – beautiful, winged women guarding the daughter of a goddess. But when they violated their purpose the goddess cursed them to mortality and ugliness. Now they have skin like toads, no hair, and webbed feet and hands (Think the Borg Queen, with darker skin). Radne is a third-generation descendant of the original Sirens, many of whom are still alive, and bitter about their lost beauty. Her people walk the dreams of sailors who get too close to their island, and use the Siren Song to lure the ships into their deadly harbor, where they mate with the men and then kill them as a tithe to the sea god. But between the time the sailors set foot on the island and the mating is complete, the Sirens are beautiful women again, albeit without their wings.

Radne can’t wait for her own mating time, even though there hasn’t been another ship since her mother conceived her – and violated the orders of the gods by not killing Radne’s father. Radne dislikes humanity and is proud of her body and culture, but when she walks the dreams of a new ship for the first time, she realizes the truth: She and her people are ugly humanoid monsters, and black widow killers. Realizing the horror of her peoples’ past, Radne will do anything to be human, even for only a few minutes. When the winds die and the new ship languishes on the water, Radne spends every night walking the dreams of the men on the ship, and of one boy in particular. As she reviews his life through his dreams she falls in love, not only with being human, but with him. Radne doesn’t want to kill the boy she loves, but won’t follow in her mother’s footsteps and become a traitor. As she struggles to find a way out of this paradox, she realizes there’s a third option:

Radne thinks she’s found a way to get her humanity back, forever. But will she kill to keep it?

I’m super excited to work with the concepts of beauty, pride in one’s people, and complicated mother-daughter relationships. None of my stories have present parent-child relationships, something that’s bothered me for a while. You’re familiar with the ‘dead parent’ stereotype in YA fiction, right? So I’m loving working with a character that both idolizes and is angry at her mother.

The only thing that’s puzzling me about the story is the tone… I intended for it to be detailed and complicated, like The Mists of Avalon. Instead I’m finding it coming out very light-hearted and contemporary. Which is, admittedly, odd for a mythological fantasy. It would totally be my luck to have finally figured out the YA voice and then be unable to get away from it, lol.

Anyway, so that’s the scoop. I’m posting on Friday at LTWF about NaNoWriMo and giving an inspiring speech, so watch out for that. Also keep an eye out for an excerpt from SONG TO THE SIREN; surely I’ll be posting one shortly. :-)